Sharp held a press conference in Las Vegas, U.S.A. prior to the commencement of the 2015 International CES* 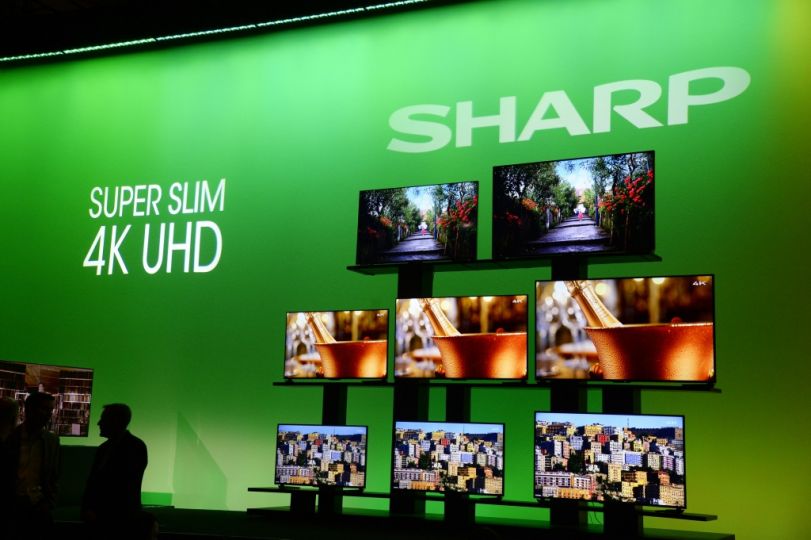 Next, Larry Meixner, President and CEO of Sharp Laboratories of America (SLA), explained how Sharp’s development in LCDs has contributed to the society as represented by the IEEE milestone recognition*2. Such development of next generation displays can also be seen in the Free-Form Display (FFD) and MEMS-IGZO display represents Sharp’s commitment toward open innovation exhibited this time.

Jim Sanduski, President of Sharp Electronics Marketing Corporation of America (SEMCA), followed by introducing the 2015 new AQUOS lineup, consisting of various 4K models to meet the growing market demands. Other innovative products to appear in the market in 2015, such as the Super Slim AQUOS with less than less than 0.5-inch width (thinnest area), and AQUOS Beyond 4K Ultra HD TV, the highest resolution 4K Ultra HD TV available in 2015, were also introduced.