Halo 5 Guardians has been unveiled by Microsoft Studios and it has become so much popular game of PS 4 which is an upcoming first-person shooter video game. Part of the Halo franchise, the game is being developed by 343 Industries and serving as the sequel to Halo 4. 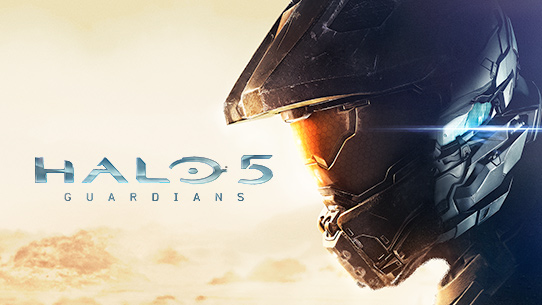 Peace is shattered when colony worlds are unexpectedly attacked. And when humanity’s greatest hero goes missing, Spartan Locke is tasked with hunting the Master Chief and solving a mystery that threatens the entire galaxy.

Microsoft began their E3 2015 press conference with gameplay from the campaign of Halo 5: Guardians. This gameplay was from a mission known as ‘The Battle of Sunaion’ and featured Fireteam Osiris. There will be twelve players on each team, and there will be enemy Covenant and Promethean AI as well as bosses. Points can be scored by capturing bases, killing enemy Spartans and enemy AI Marines, and killing Covenant and Promethean AI and bosses.

A team can win by doing all these things to reach the score cap of 1,000, but there is another way to win. If your team captures all three main bases, the enemy team’s core, located in their base, will become exposed. As you play through the game, you level up through the tiers of the ‘Requisition’ system, which will allow you to unlock power weapons and vehicles as you score more and play through the game.

It was stated that the maps in Warzone will be four times larger than any previous Halo map. On the show floor of E3, Microsoft’s Hololens was used in a simulation to introduce guests to Warzone. The simulation made guests appear to be on board the UNSC Infinity, receiving a briefing about Warzone.

The game is scheduled to be released on October 27, 2015, for the Xbox One video game console.