Like any aspect of technology, the technology in our cars has evolved at an incredible rate over the past few years. While driverless cars are being tested on roads around the world, and are likely to be available to consumers within a few years, there are several advanced technologies that have already found their way into the cars that we drive. 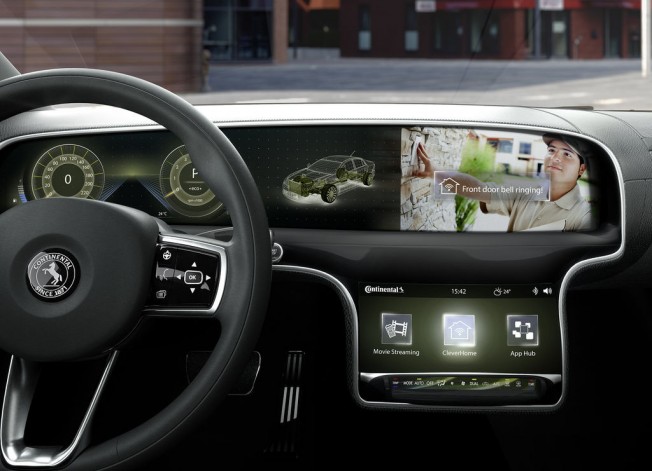 Self-parking cars are the next evolutionary step in parking aids, and are already available on websites like Exchange And Mart, while connected cars mean that the in-car entertainment system offers more communication and even online features than a lot of mobile phones and tablets. Technology like automatic headlights, rain-sensitive windscreen wipers, and even nightlight reversing cameras with passenger detection are all also available in some of the most recent models of car on the market.

First came parking sensors; an auditory alarm that beeped with increasing frequency as you reversed closer to the car behind. Then followed reversing cameras, and these were eventually replaced by more intelligent cameras with night vision, and that could automatically detect pedestrians that happened to be behind your car.

However, for the ultimate in parking aids, modern cars are increasingly being fitted with automatic parking, or semi-automatic parking. The display tells you what gear to choose and whether to speed up or slow down, and it deals with the steering, so that you can reverse park into the tightest of available spaces without having to take dozens of attempts.

Of course, for even more automation, the ultimate goal is that of the driverless car, and the idea is certainly beyond the concept stage. Google and a number of car manufacturers are already testing vehicles on roads around the world. As well as cars, there are driverless trucks also being tested. Governments, including the UK government, are debating changes to existing laws and the introduction of new regulations to help them better police and manage driverless vehicles, too.

Once we are behind the wheel of driverless cars, it is inevitable that we will want improved in-car entertainment, and this is another area where technology will not disappoint. Connected cars have come under some scrutiny because the ability to do things like text and even Tweet directly from the controls of your car are an obvious distraction, but as homes become automated and cars become connected, it surely isn’t long before the fridge lets the car know that it needs to stop at the local shop to pick up a pint of milk on the way home.