For now, LG’s OLED TV are some of the nicest available in the market. Samsung might be aiming to take down the competition using quantum dots, but Philips has plans to jump into the OLED waters as well, the company introducing its first OLED TV – the Philips 901F 4K OLED TV. 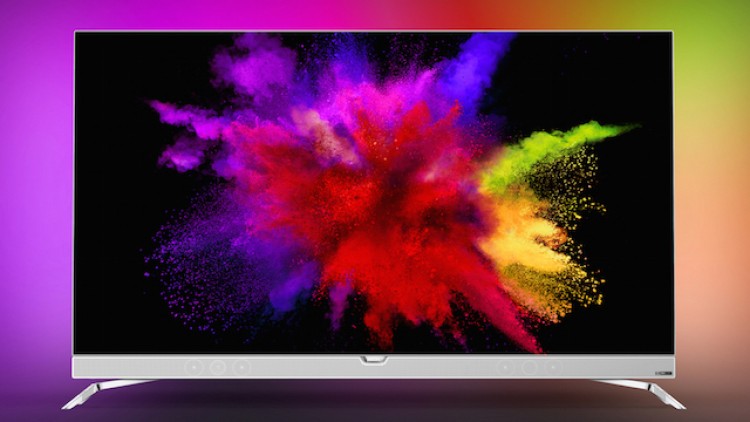 The new OLED TV sports a massive 55 inch screen, and not only support 4K resolution, but also support HDR (high dynamic range) and wide color gamut as much performance out of the OLED panel as possible. This TV set id definitely impressive, and we have not even gotten to the feature list yet.

The TV comes with the Ambilight ambient lighting included on three sides of the set, which makes for ultra-colorful demos, but is also said to reduce eye strain when watching movies in dark rooms. Another unique feature is that, it is an integrated 6.1 channel and 30 watt sound bar.

The television gets its smarts from Android TV, and is Google certified, means that the users can access all the TV apps, which available in the Google Play Store. To make searching for apps and programming easier, there is also a unique remote that feature a QWETRY keyboard, meaning users will not be stuck slowly typing in titles with a cumberstone on-screen keyboard.

The panel is the most important part here, with 540 nits peak-light performance and the Perfect Contrast system, which as the name implies, makes for improved contrast. The Philips Perfect Color System included a 17-bit color booster and intelligent color processing for deep blacks, bright whites, and realistic skin tones.

The Philips has opted to build the 55POS901F / 12’s speakers, input and processing into the TV rather than an external box. That’s means the bottom of the screen protrudes much further out to the rear than the rest, which takes away some of the “magic” of the otherwise ultra-thin design.