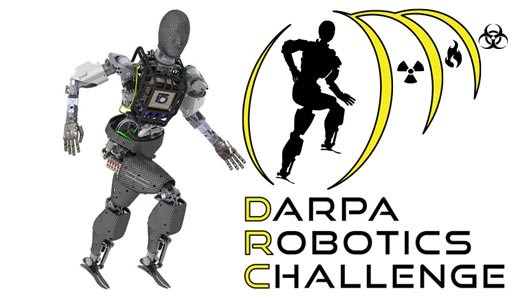 The competition’s tasks that had to be completed within an hour: drive a utility vehicle, exit the vehicle, open a door, drill a hole in a wall, complete a surprise task, walk over a pile of rubble or clear a path through debris, and walk up a short flight of stairs. A robotics team from South Korea took home the $2 million first-place prize in a competition this weekend to design robots that could aid humans in a natural or man-made disaster.

The Running Man robot from Florida’s Institute for Human and Machine Cognition claimed second, finishing all the tasks in just over 50 minutes. Team Tartan Rescue’s CHIMP robot came in third, completing all the tasks in just over 55 minutes. The second and third place teams took home $1 million and $500,000, respectively. During the DARPA Robotics Challenge Finals, which took place here Friday and Saturday (June 5 and 6 of 2015), the winning team’s DRC-HUBO robot finished all eight tasks in less than 45 minutes. The winning bot had a humanoid design that could transform itself into a wheeled kneeling position for faster, more stable movement. After the first day of competition, Carnegie Mellon University’s CHIMP robot (short for CMU Highly Intelligent Mobile Platform) was in the lead, becoming the first team to complete all eight tasks in the hour allotted. CHIMP was followed by the German Team NIMBRO RESCUE’s robot Momaro and the Jet Propulsion Laboratory’s RoboSimian robot, which scored seven points each during the first day.

But the second day of competition brought an upset by South Korea’s team KAIST, whose robot leaped into first place after finishing all eight tasks in less time than CMU’s CHIMP robot — including the surprise task, which involved unplugging a wire and plugging it into another outlet. Team IHMC also completed all eight tasks on the second day to claim second place, bumping CHIMP into third. Though the field of robotics still has a long way to go, the teams made some impressive strides in robotic technology. But even more surprising was the way the audience reacted to the robots, Pratt said.

Pratt said: “We have robots that look like the Terminator,” he said, and yet spectators fell in love with them, cheering when the robots succeeded and feeling sorry for them when they failed. “There is some incredible, untapped affinity for machines.”