One domain of scientific understanding includes the study of the substances that make up the material world. The periodic table of elements is a tool of the sciences that catalogs the different individual substances and organizes them logically. It includes classifications of elements according to their atomic weights and groups of substances that share specific properties and chemical reactivity with other elements on the table. It remains dynamic and can grow and change based on new discoveries. 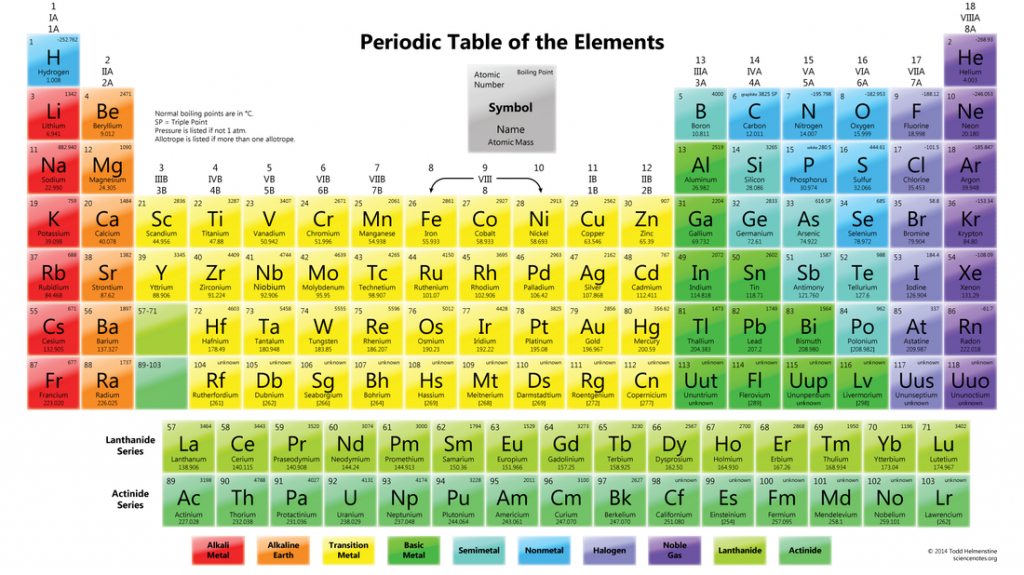 Some groupings on the table include semiconductors, rare earth elements and inert gases. Molecules are formed when this assortment of substances are combined in various proportions. Chemists prepare an almost unlimited cocktail of the elements for many different purposes in industry. Solar cells and computer chips use semiconductors like silicon. Water treatment, using rare earth salts, removes phosphates from wastewater. Inert gases like argon shield welding processes from contamination.

This grouping of elements is so named because of its unique electrical properties. Semiconductors conduct electrical current under some conditions and act as insulators in others. This special characteristic of semiconductors makes them ideal for applications in electronics. Computerized equipment uses two states upon which to build programming languages. Binary code is the system employed which represents values with either on-states or off-states, sometimes referred to as ones and zeros. Semiconductors accomplish this task easily by either conducting or not conducting electrical current.

This subset of the elements includes some of the most recent additions to the periodic table. While at first these were thought to be rare, they have since been found to be relatively common in the earth’s crust. The rare earth elements typically occur together in specific mineral deposits but seldom occur in pure form in nature. They are similar chemically but some of their individual characteristics, such as melting points, vary considerably. The rare earth elements find use in modern military applications such as lasers and magnets.

Also known as the noble gases, these elements occur in gaseous form under atmospheric conditions. Chemically, these gases resist reactions with other substances because of a stable atomic structure lacking free electrons in their outermost orbit. The inert gases are used in blanketing and purging applications to protect surfaces from corrosion or reactions with other less stable elements. Other uses include lighting where they protect filaments from oxidation under extremely high-temperature conditions.

The periodic table provides the sciences with a listing of the chemical building blocks along with their individual traits. It is a vital tool for various industries to find safe, economical means by which to produce products and provide services.

July 21, 2021, No Comments on Ways to Save on Internet Bundles
What is OneLaunch?
Back to top