After months of anticipation and countless leaks, Xiaomi Chinese smartphone manufacturer has made the Xiaomi Mi 5X official in China. The Xiaomi Mi 5X  is not exactly a high-end smartphone like the other company’s handsets, this is the company’s budget offerings for those of you who are looking for a solid phone, and are not planning to break the bank in order to buy. The main highlight of the smartphone is its dual camera setup at the back of the smartphone, which captures amazing photos. 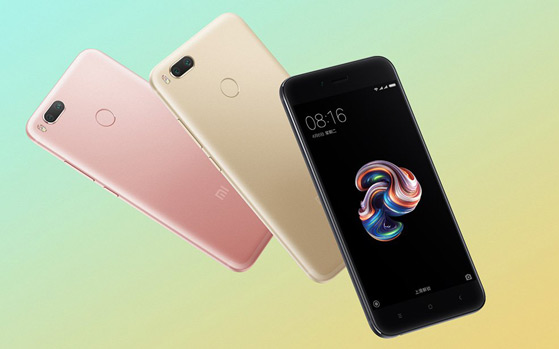 The smartphone runs on the latest generation Android 7.1.1 Nougat operating system and consisting of MIUI 9 layer on the top of it. The newly announced MIUI 9 brings a number of enhancements to the smartphone, including Xiaomi Smart Assistant, Image search, new file system, and more.

The phone is powered by the Qualcomm Snapdragon 625 octa core processor consisting of Cortex-A53 CPU and having a clock frequency of 2.0 GHz. The smartphone packs an Adreno 506 graphic processor offering the best and improved graphic experience. The smartphone is equipped with 4GB of high-speed RAM along with 32GB of internal storage that can be expanded further with the help of MicroSD card up to 128GB.

Regarding the photography, the smartphone has a dual 12-megapixel rear camera with autofocus, optical zoom, and dual LED flash. On the front of the smartphone, there is a 16-megapixel front facing camera for taking beautiful selfies.

To power the mid-range handset, there is a non-removable Li-ion 3,080mAh battery. And the Xiaomi Mi 5X smartphone available in three color variant, namely Black, Gold, and Rose Gold.