After the success of Surface Pro 4, Microsoft is developing an upgrade version of the Microsoft Surface Pro 5. Even before its announcement, talks about the Surface Pro 5 have been flying on the internet. It is expected that the upgraded laptop will be launched in the first quarter of 2017. 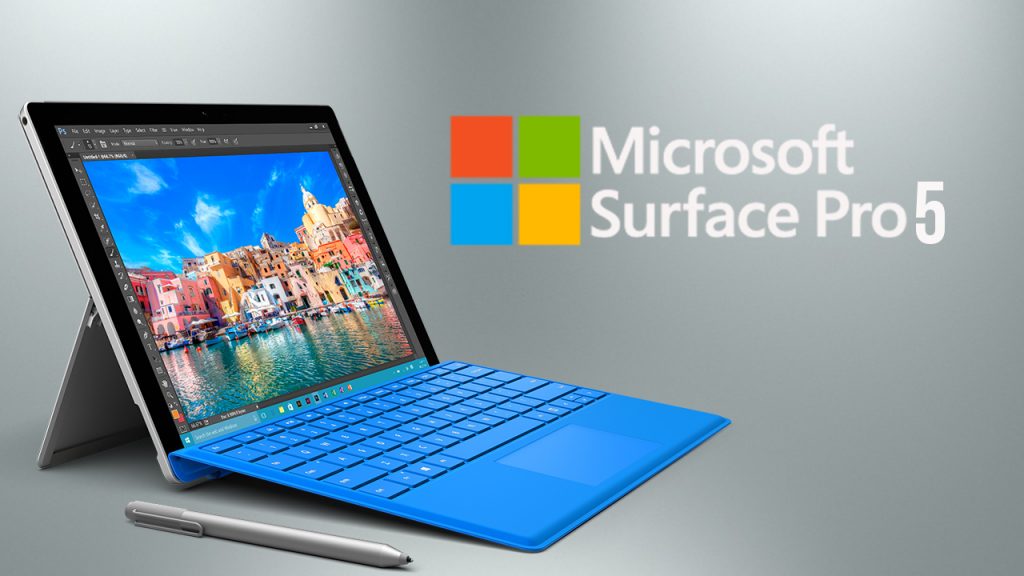 The Microsoft Surface Pro 5 is rumored to come with an Intel 7th Generation Kaby Lake processor, which is an upgrade from “Skylake”. The device will come out in three processor variants, namely Core M (dual core), Core i5 (dual-core with two threads), and the Core i7 (quad-core with eight threads).

The laptop has 12.5 inches 4K screen and it will also offer 3D support at 60fps. Microsoft may also drop the Super AMOLED display in favor of an IPS touch one. The device runs on the Windows 10 Redmond 3 versions. The Surface Pro 5 comes with 16GB and 32GB are expected and also support 512 GB to 1TB storage SSD. It is also expected to severely enhance Bluetooth, Wi-Fi and camera of the device. A fingerprint scanner and trackpad may be incorporated into the device.

The device also comes with an upgraded Surface Pen. The Surface Pen, which is included in default earlier, has been reported to be rechargeable and have a charging dock. The new upgraded laptop seems to be based on iPad Pro’s Apple Pen. There is also a renewed Surface Pen loop, in which its sole purpose in life is to charge the Surface Pen via USB connection for prolonged use. It is also expected that Microsoft added a USB type-C port to the upcoming Microsoft Surface Pro 5.

December 30, 2020, No Comments on How to Successfully Navigate Trends in the Automotive Aftermarket Industry
Back to top