Gionee – the smartphone manufacturer making place in the handset market by announcing amazing and high-end smartphones and tablets. And recently the company has announced another smartphone with dual rear and front cameras, called the Gionee S10. The shipping of the smartphone will begin on Friday, 2nd June. Also read about other dual camera phone, just like Huawei P10 and P10 Plus at http://www.vogatech.com. 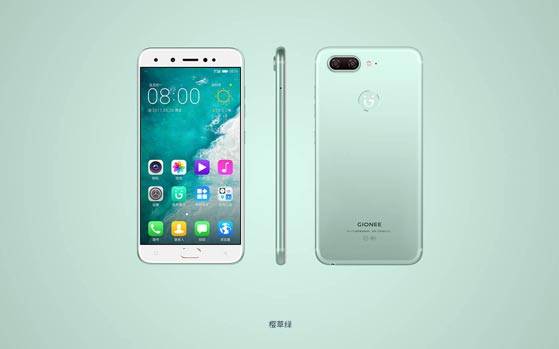 The smartphone features a 5.5 inches LTPS IPS LCD capacitive touchscreen display, which carries the support for 1080 × 1920 pixels resolution at 401 ppi pixel density. The high-end device runs on the Amigo OS on the top of Android 7.0 Nougat operating system.

The device is powered by MediaTek Helio P25 octa core processor and coupled with Mali-T880MP2 graphic processor. The smartphone is equipped with a 4GB of high speed RAM along with 64GB of built-in storage that can be further expanded up to 256GB with the help of MicroSD card.

The most unique thing in this smartphone is that its fours cameras; the phone has 16 megapixel + 8 megapixel camera on the back, and 20 megapixel plus 8 megapixel front facing camera. The camera features include phase detection autofocus, dual-LED flash, Geo tagging, touch focus, face detection, HDR, and Panorama.